IndyShop
So, I do do things in my absence ;) This is what I've been spending almost every second of my free computer time on the last few months. I'm not charging any shopkeeps to upload so if you know any mom and pop clothing stores anywhere in the world that might want to upload for free, please let them know about it (there's a link for shopkeeps at the bottom). There's only a couple outfits now, but hopefully you like it and will find it useful in the future :)

Heroin, be the death of me
Heroin, it's my wife and it's my life
Because a mainer to my vein
Leads to a center in my head
And then I'm better off than dead

When the smack begins to flow
Then I really don't care anymore
About all the Jim-Jims in this town
And everybody putting everybody else down
And all of the politicians makin' crazy sounds
All the dead bodies piled up in mounds, yeah

Ok, what my last post was all about:
The day before yesterday I received a comment from Bronchitykat asking me to explain further my last post. I started to make a reply comment to that but it occurred to me that a making a proper public post in full would probably be helpful to everyone and I promised to make one. Uh, but I didn't do it yesterday as promised because I didn't have time to log in (read:got too drunk at the pub), sorry :( But now I do have time and here goes:


What's the deal with PRISM (why you should care and protect yourself):

Edward Snowden was an employee of the defence contractor Booz Allen Hamilton(and a former CIA technical assistant) when he sat down with Glenn Greenwald of The Guardian in Hong Kong to be interviewed. In that interview documents were supplied to Greenwald that proved, among other things, that large tech/internet brands such as Google, Facebook, Yahoo, Twitter, Skype, Microsoft and Apple (and others) have been named as participants in a clandestine NSA (American governments National Security Agency) electronic surveillance program called PRISM.

PRISM has been operating as a secret project since 2007. Since 2007 the personal data (text, videos, chats, pictures, etc. etc.) of Americans and persons living within America or electronically communicating with Americans has been collected and digitally stored without their authorization or consent by the NSA. Illegally so. Ameicans are guaranteed by the fourth amendment to their constitution:

'The right of the people to be secure in their persons, houses, papers, and effects, against unreasonable searches and seizures, shall not be violated, and no Warrants shall issue, but upon probable cause, supported by Oath or affirmation, and particularly describing the place to be searched, and the persons or things to be seized.'


Americans have another guarantee by their constitution, that of free speech. The very fact that a whistle-blower had to flee to Hong Kong to speak to a journalist from a UK paper puts the constitutions (through government and failing that the peoples) ability to enforce those guarantees into serious question. To what extent each company named collaborated, or more likely acquiesced :(, is not known. What is know is that each company named has been proven to be a participant in this NSA program and by continuing to voluntarily supply them with information so are the people who use them. I'm not even American and the very thought of the American constitution being treated as nothing more than a relic to be ignored is offensive to me. I don't want to participate in PRISM.

Obviously if you live in America there is no way to completely opt out right now less never use a phone, computer, and some gaming consoles...or even talk to someone who does (and this goes for people outside of America to an extent too) Of course, and you know this if you've been listening to me babble on about Free software from time to time here over the years, how we communicate in the modern world is greatly dependent on technology. Many of us use a keyboard and/or keypad as frequently as we use our voice. The Privacy Commissioner of Cananda has stated that they will investigate whether or not we have a similar program. Scary. This issue is not limited to 'techy people' or "those poor Americans over there". Again, even if you're not American, if you use the services named you are affected; No question about it.

There are things you can do. Firstly, read up on PRISM yourself (this was a painfully inadequate overview). The EFF has published a tool called PRISM-break here that lists alternatives you can use instead to ensure your privacy and freedoms as best as possible (one of those alternatives is pump.io, what I was on about last post, and those on my friendslist just ask me for what username you want and you can use my pump if you don't want to use a public one). Donating to the EFF if you can and sharing the PRISM-break tool are good ideas too. If you're American please, please, PLEASE write the person who represents you (congressperson, governor, I'm not exactly sure..sorry :0). Even if you just scrawl in crayon 'PRISM is the suck' on a postcard it is so important that you do so because right now your tax dollars are funding the NSA; You are paying to have your rights voided and for your own surveillance :(

How to make can't sleep anymore but still postdrome coffee

*Do this only if you know coffee and chocolate are helpers, for some people they're triggers.

1) If you have a 6 cup coffee pot, only fill the pot to the 4 cups mark. Same for larger pots, just fill the pot with two less cups.

2)Pour the water in the machine and put the coffee grinds in the basket but don't turn it on yet.

3)Fill the now empty pot to the 2 cup line with cold milk and put a minimum of 4 heaping tablespoons Fry's cocoa (not Hershey's because it's not good quality and you won't get a lot of magnesium out of it) on top of it. You don't need to stir it now and can just leave the cocoa in a pile floating on top of the milk because the heat will make to cocoa absorb evenly.

4)Put the pot on the burner and turn on the machine to make coffee as you normally would.

5)When it's done, and before each cup you take, give the pot a little stir with a chopstick or something. 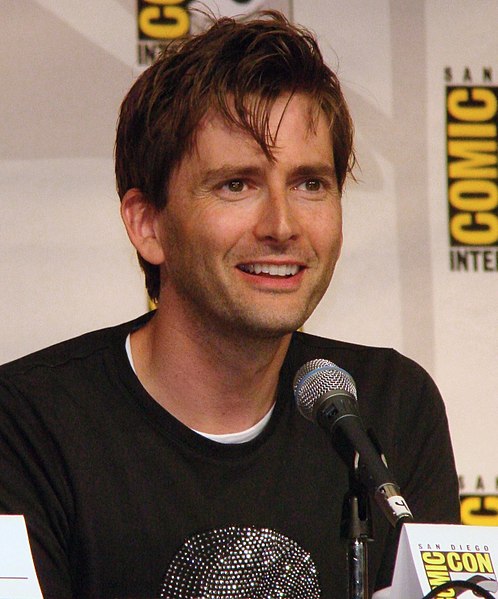 Can you hear her? Harmonized in that MGMT track is Britta Phillips,a.k.a the singing voice of Jem from Jem and the Holograms.

You know what bothers me the most about the disrespect over Whitney Houston's passing this week? Beyond the selfish brats making jokes about letting Chris Brown hit them at the expense of abused spouses everywhere, all the crack jokes, Sony jacking the price of her recordings and cashing in,etc. etc. ?

What bothers me the most is that media outlets keep playing segments of the theme to the body guard over and over again. Yes, that was a defining song of her career, but was that her message? Is that all she represented? I think her life was more than just her career. From her struggle with achievement expectations (she was Dionne Warwick's cousin and Cissy Houston's daughter. Even with the best upbringing that's got to be intimidating), her struggle with substance abuse and her romantic struggles (including spousal abuse); Her strong spirit always found a way to manifest through her music (anyone remember the greatest love, is that still relevant today?). She knew that we are all one, all more, and all worthy of love even if we don't act like it. Why isn't that being remembered? Worse, why are people outright making fun of her struggles?!!

Worse of all though, why is the media ignoring her, her message, and her spirit by selecting the song that is remembered (just because of the overplay it got in '92 ) simply as grocery store music and not playing the song that I think describes her and the message she just left this world best?

If I should die this very day
Don't cry, 'cause on Earth we weren't meant to stay
And no matter what the people say
I'll be waiting for you after the judgment day

I brought a cat toy home for Miss McMahon today but it's the very first one I've bought her without catnip in it. She just looked at me as if to say "Yeah, and what's the difference between this and the rest of the crap on the floor?" 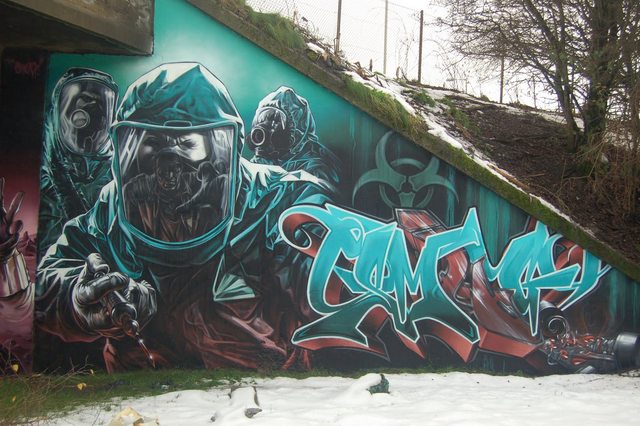 As far as I know (which certainly is not much when it comes to biology!), H5N1, a.k.a. the avian (bird) flu is verified with a polymerase chain reaction procedure which reads the DNA code of a virus. It stands to reason then that a genetically modified strain would stand out as, well,a modified/new version of H5N1? I'm wondering why the medical community is not checking to see if the strains of H5N1 found in recent bird flu deaths are genetically modified, or not reporting their findings if they are.

There is a modified version of H5N1 that was genetically engineered to be airborne and easily transmittable between mammals (not typical in nature) in international efforts by labs in the Netherlands, USA, and Japan. In short, they made H5N1 an even better potential killer as one would not need direct contact with birds to become ill and would be able to contract it much easier from an infected human. Late last year, there were two separate papers submitted describing independent studies in their entirety to the journals Science and Nature (one confirmed presented in September 2011). Submitting these papers for publication sparked an international debate on whether the research should have been conducted at all let alone published.

At this time, those issues are still in debate. Arguments for continued research and full disclosure in publications include (amongst others) the belief that a better understanding of H5N1 will lead to a better understanding of how to combat it and that information should be freely and openly exchanged (otherwise it would be scientific censorship). Normally I would agree that all scientific knowledge belongs to the world and should not be closed/hoarded, but in this case I'm inclined to agree with Thomas Inglesby:

On January 20th 2012 a letter signed by 39 scientists was published in both Nature and Science stating the intent of the signatories to continue dialogue in an international forum and to halt any experimentation related to H5N1 for 60 days voluntarily.

What I'm concerned about is that none of the recent statements (I only bothered to look at January 2012) being issued in regards to international H5N1 deaths state whether or not the H5N1 strains found are known or new/genetically modified. I think they are most likely known and not genetically modified, but it would be reassuring to know that given all the recent controversy. Then again....shouldn't there be a whole lot more reported contact with birds and dead birds in these reports?

"...Vietnam has recorded its first human bird flu death in nearly two years, and although the victim worked at a duck farm the H5N1 virus has yet to be found in poultry there..." 2012-01-19"

"...head of Health Department at the Province of Jakarta, said that the patient was suspected of being infected by the virus as he was sick following the death of one of his pigeon a week before.... 2012-01-09"

"...The mainland authorities say a man has died of H5N1 bird flu in Guizhou province, and they have notified the Centre for Health Protection in Hong Kong. The centre said the patient was a 39-year-old man who developed symptoms on January 6 and was admitted to hospital the same day. The man did not report having been in contact with poultry before the onset of symptoms....2012-01-22"
Collapse